Installation of a Permanent Irrigation System
A Permanent Irrigation System was installed over the summer, allowing Urban Tilth to significantly expand crop rows and orchard at the North Richmond Farm!   Previously, crops were hand-watered…. A slow and tedious process that was also not very water-efficient.  The new system uses exclusively drip irrigation for crops and orchard and has a system of valves and controllers that allows irrigation to be programmed to the optimum amount and time of day for each crop  It has a state-of-the-art controller with “Solar Sync”, which further adjusts irrigation to account for weather conditions such as precipitation and evapotranspiration.  (Put in very simple terms, so we don’t water when it’s raining!)  The system installed has been designed to allow for the addition of more irrigation lines with the future farm expansion. 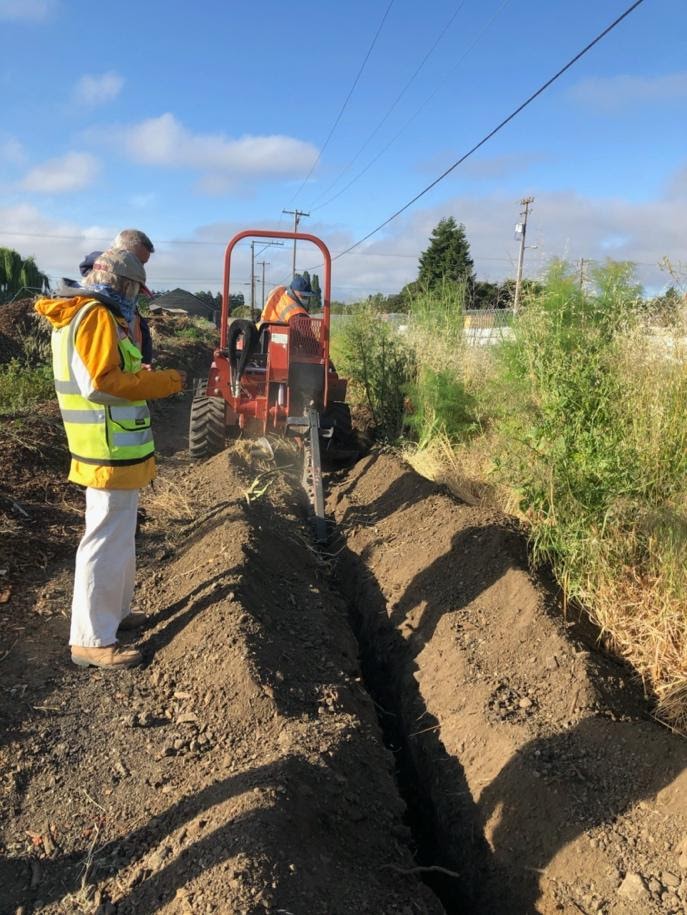 Designed by a licensed landscape architect and constructed by Gardener’s Guild, a local contractor, the new system includes over 1,400 linear feet of underground water line, plus valves, meters, and controllers.  The total cost for the system installed was $129,000.  The construction was funded by an East Bay Regional Park District  Measure WW grant awarded to Contra Costa County with Urban Tilth as the sub-recipient.