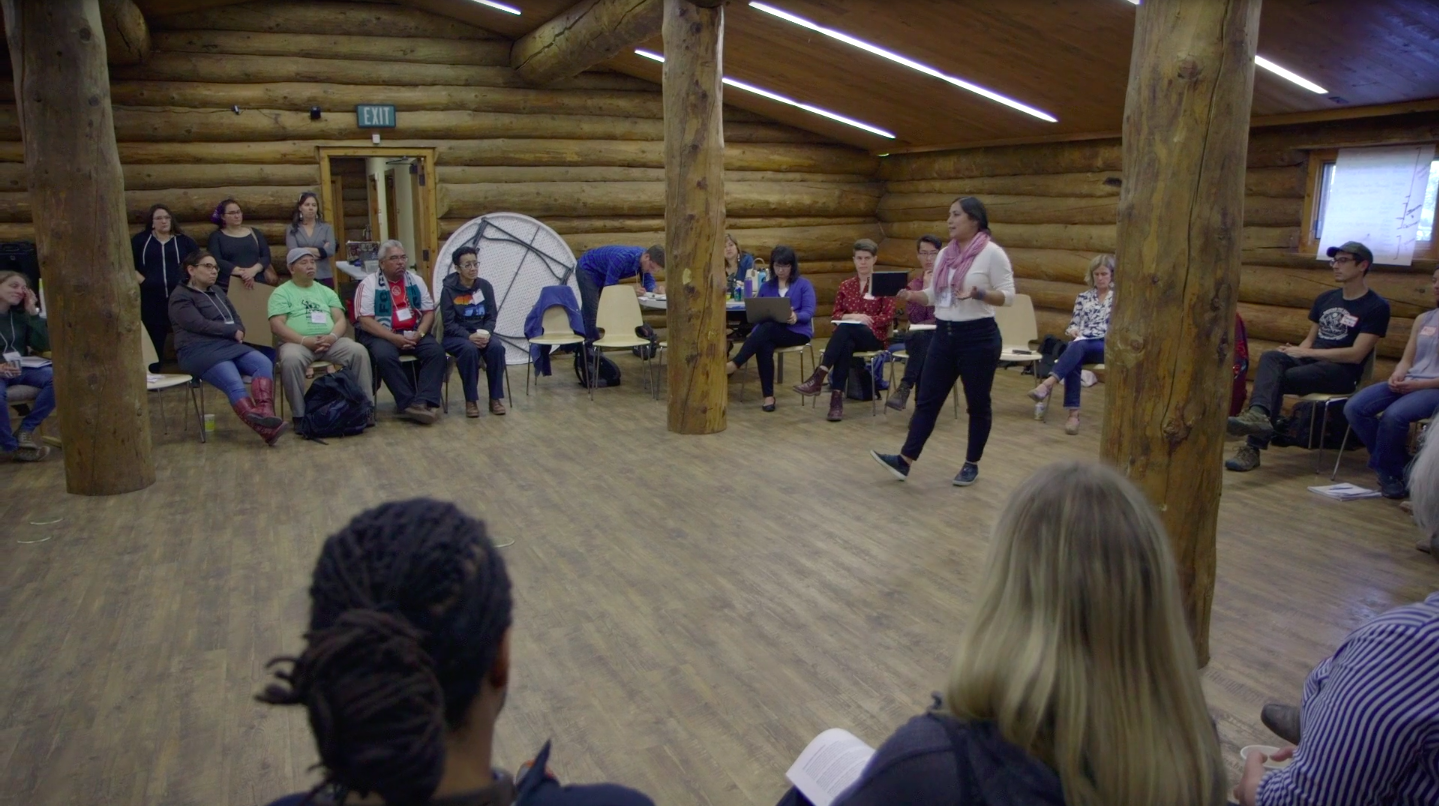 One of the highlights of 2019 for the Chorus Foundation was a convening of Chorus Foundation grantees in Alaska in late spring. This was the 4th annual gathering of grantees, and more than 30 people joined to learn how our colleagues in Alaska are responding to climate change and related issues.
“As a funder with a place-based strategy,” says foundation president Farhad Ebrahimi, “We have always believed in the importance of folks in our community of grantees seeing how ideas like Just Transition play out in specific contexts. Getting into the landscape and hearing, for example, from individuals dealing directly with the effects of the warming permafrost was a powerful experience.”
The convening was hosted by organizers from Native Peoples Action, Native Movement, The Alaska Center, SalmonState, and other organizations that are working together to transform Alaska from an oil state to a salmon state, and to a state that recognizes and reckons with the fact that all Alaskans live on Native land.
The group spent a full day at the Alaska Native Heritage Center in Anchorage, where Rochelle Adams of Native Peoples Action offered a grounding and welcoming introduction to honor the Indigenous land, people, and its visitors. Later, Enei Begaye of Native Movement led a discussion on Just Transition in Alaska and how Alaskans are thinking about the state’s history of colonization. Polly Carr of The Alaska Center then transitioned the group to roundtable discussions on clean energy, centering youth voices, sustainable livelihoods, and other topics.
The following day the group flew west to Bethel, a community of about 6,500 people on the Kuskokwim River, which is the longest unobstructed river in the United States. Andrea Sanders of Native Peoples Action, Shawna Larson of Native Movement, and Heather Kendall-Miller of the Native American Rights Fund led a discussion about racial equity, decolonization, and the history and implications of the Alaska Native Claims Settlement Act, which was enacted into law in 1971.
The following day, on a perfect spring day, six boats provided by Bev Hoffman and Kuskokwim Wilderness Adventures took the group up river where we talked with members of the Joint Council of Kwethluk, a village under threat from severe erosion caused by warming permafrost. Some homes have already been relocated away from the river, but council members said they need additional resources to manage the project.
On the final day, the group met in small groups to discuss how organizers in the four funded places can work together on raising funds, empowering youth, developing joint communications, and other issues.
Chris Landry and his team from Landry Communications produced this video that captured the thoughts of some of those who were there.